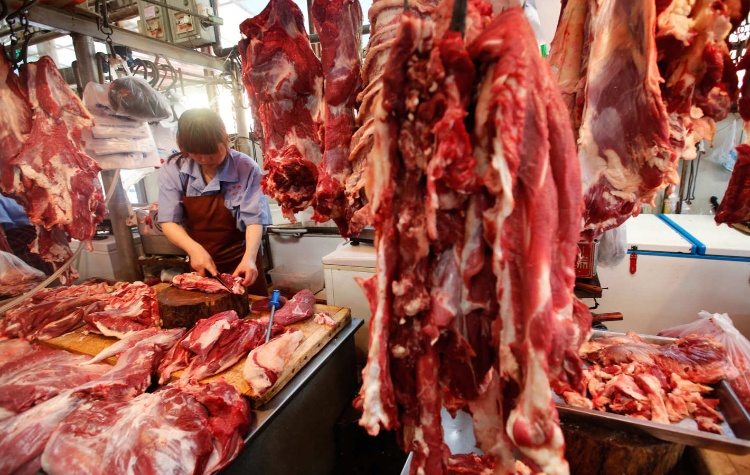 According to China’s National Bureau of Statistics, the rise in CPI was largely driven by an increase in pork prices and rising oil prices. Pork prices increased by 5.1% year-on-year in March, contributing to an increase of 0.12 percentage points in the CPI.

At the same time, fresh vegetable prices had also increase by 16.2% due to seasonal reasons, driving the CPI up by 0.42 percentage points.

While it seems that new cases of African swine fever are slowing, the hog and pork production industry has already been hit, with China said to have culled more than 1 million pigs in an effort to stop the spread of the disease. The disease is deadly to pigs but has no effect on humans.

Over the same period, producer price inflation (PPI) stood at 0.4%, also increasing from February when it was just 0.1%, barely above deflationary territory. China hopes to keep PPI positive moving forward as PPI falling into negative territory would mean that producers would be forced to lower prices, reducing their profits and their ability to hire and invest.

Moving forward, analysts expect PPI to decrease due to oil prices falling back while CPI would remain relatively stable with any fall in oil prices likely to be offset by a further increase in pork prices.