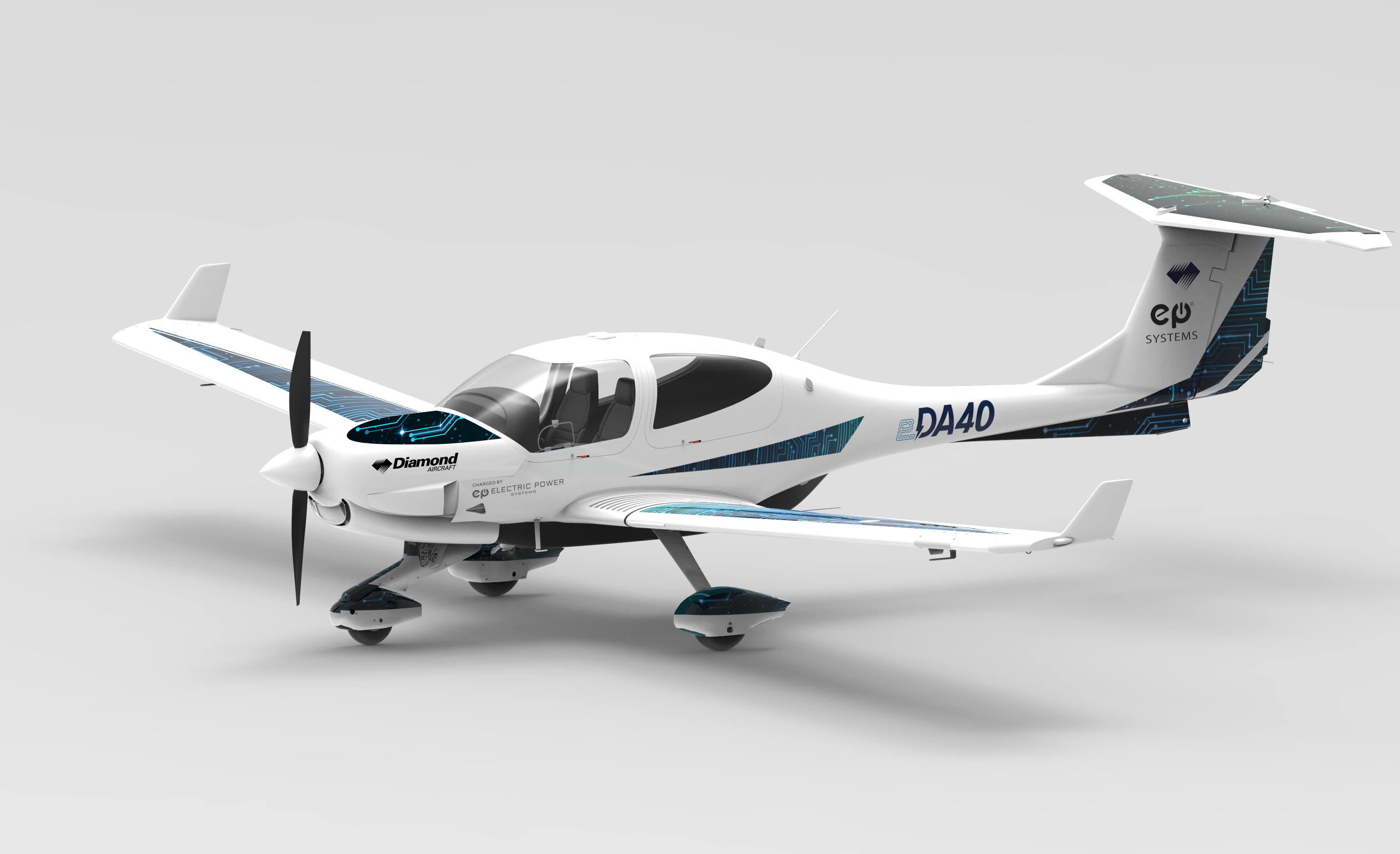 Since 2011 Diamond Aircraft has been developing electric and hybrid electric solutions on certain aircraft models. At the Paris Airshow in 2011, in co-operation with Siemens (SIE.DE), it introduced the DA36 E-Star, the world’s first aircraft with a serial hybrid electric drive system based on the HK36 motor glider. Two years later, the DA36 E-Star 2, was presented at the Paris Airshow again, with improved performance and increased payload. Further research of electric and hybrid solutions has also led to additional collaborations with Siemens and the introduction of the next milestone, called ‘HEMEP’ – the world’s first hybrid-electric multi-engine with lower fuel consumption (higher efficiency) and decreased noise pollution.

After extensive research and numerous flight test hours on electric and hybrid platforms, Diamond Aircraft is now ready to offer an all-electric solution to the General Aviation market with its maiden eDA40 aircraft model.

Diamond Aircraft has decided to partner with the innovative battery technology company, Electric Power Systems, integrating the EPiC Ecosystem into the eDA40, a derivative of the existing and certified DA40 platform. The Electric Power Systems’ Battery Module will be equipped with fast charging system, capable of turning around a power-depleted aircraft in under 20 minutes. These batteries are installed in a custom-designed belly pod, and between the engine and the forward bulkhead.

The aircraft also features the latest Garmin G1000 NXi glass cockpit, and has several avionics add-ons. Total flight time is expected to be up to 90 minutes as the battery technologies evolve. The eDA40 is expected to reduce operating costs by up to 40% compared to traditional piston aircraft.

Frank said “making flying as eco-friendly as possible has always been at the core of Diamond Aircraft with fuel-efficient jet fuel powered aircraft that producing less CO2 and noise emissions compared to conventional piston aircraft engines. Therefore, the company is more than proud to underline this commitment with the all-electric eDA40”. This clearly resonates a sustainable solution for the future general aviation.

As quoted from Scott McFadzean, CEO of Diamond Aircraft Industries Canada: “the eDA40 with its proven airframe, quick recharge capability and low operating cost will be an excellent aircraft for the flight training market worldwide and solidifies Diamond’s position as a global leader in General Aviation.”

CEO of Electric Power Systems, Nathan Millecam added that “such training aircraft can meet the demands of high-paced, high-volume operations at a reduced cost basis. Combining EPS’ battery and electric propulsion know-how with a globally recognized leader in advanced general aviation design and manufacturing, enables the eDA40 to be one of the most notable electric aircraft projects in the world.”

Initial flights of the eDA40 are scheduled for Q2 2022. Certification is expected in 2023.