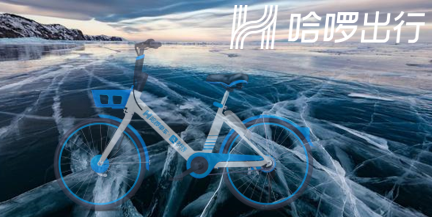 Mar 20, 2020 (China Knowledge) - As the outbreak gradually eased, most of the regions in China have gradually returned to work. While there are many ways to get to and from work, most people prefer the safest option - riding a shared bike.

At the same time, there are more and more bicycle-commuting providers begun to further develop the platform. Currently, the bike-sharing market has seen Meituan Mobike, Didi Qingju and Bluegogo, and Ant Financial’s Hellobike competing fiercely among themselves.

Last November Hellobike announced it had turned profitable in more than 100 cities. Its CEO Yang Lei has even said that bike-sharing can not only earn money but also realize scalable profits. Now, however, Hellobike’s business and operation start making Yang a little worried. It has started to lay off employees, letting go 10% workforce in recent months.

On Christmas Eve, Yang sent an email to all his employees stating the industry could be facing winter, but there will be no problems with the company’s operation for the time being (at that time of announcement). However, in the email, he also highlighted the other operational issues of the company.

"We have a lot of employees in 2019, and it looks like there is a lot of talents, but he always feels like there is no one available. The company's entrepreneurial atmosphere and survival fighters’ culture has gradually eroded. What used to be done by one person is now done by three" said Yang.

Li Kaizhu, vice president of Hellobike, has earlier reported in the company’s internal memo email that the company has reduced 10% of the workforce from a total number of 5,700 in Dec 2019 to slightly less than 5,000, cutting 719 staffs.

At the latest internal memo to its employees, CEO Yang said the company “has contacted investment banks last year to launch an IPO in 2020, but due to the epidemic outbreak it can only put it on hold."

Last July, the company is rumored to raise USD 400 mln led by Ant Financial, though it declined to comment. Until now, it is confirmed by Yang in the company’s internal memo.

Amid the epidemic and the post-quarantine Hellobike has begun to cut costs ahead of time, in order to cope with more severe challenges and market changes. Although Yang is full of confidence the recent episodes display a clear indication that bike-sharing may not be as good as it looks – many expect to engage bicycle commuting in the post-epidemic period may not be a booming business.