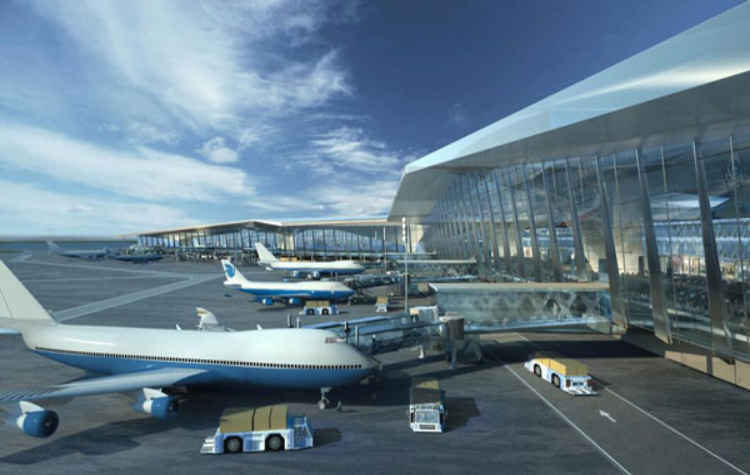 Sep 11, 2019 (China Knowledge) - Shanghai Pudong International Airport is set to expand its capacity further when it opens its new satellite terminal on 16 Sep. The expansion project of the airport will bring the world the largest remote terminal building with an area of 620,000 sqm.

The satellite terminal first started construction in 2015 and large effort was put by the airport to boost its capacity. It is currently the 9th busiest airport in the world which handles 74 mln passengers in 2018. The new facility will help to boost Pudong Airport’s capacity to accommodate 80 mln annually.

The extension, called the S1 and S2 offers departure, arrival and transit services, adding 90 new boarding bridges to the airport. Planes parked at the bridges will be able to switch from international and domestic flights without moving to another boarding gate.

There will be 28,000 sqm in the terminal for business to support 159 merchants, including 100 commercial shops, 55 restaurants, and 4 banking outlets. A 10,000 sqm duty-free store will be built as well.

A rapid transit system will open on the same day so that the passengers can travel between the main and satellite terminals in a shorter time, with a speed of 150 seconds of 1 one-way trip.