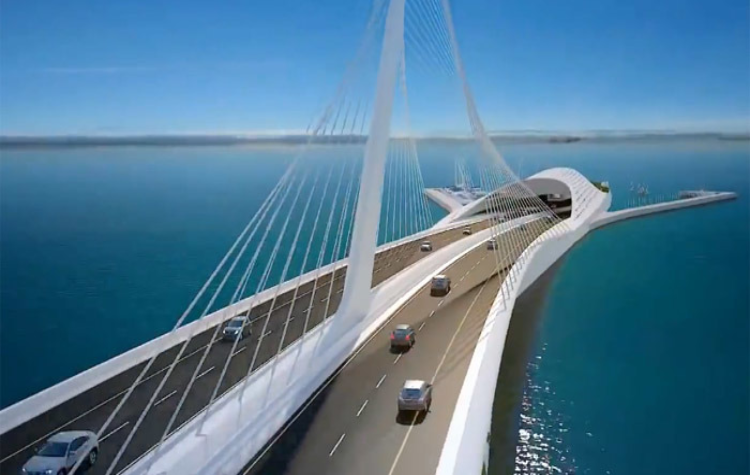 May 22, 2019 (China Knowledge) - China is currently considering the build a new undersea tunnel connecting the northern port cities of Yantai in Shandong province to Dalian in Liaoning province. This tunnel if approved and completed will also be the longest underwater tunnel in the world.

Construction of this tunnel is expected to cost roughly USD 43 billion and will be part of the Chinese central government’s plan to enhance connectivity in the country’s northeastern region and stimulate regional economic growth.

Dalian and Yantai which are only 170 km apart over the Bohai Sea now requires a 1,400 km road trip to get between them by travelling around the bay, taking between 7 to 8 hours. Alternatively, a ferry between the two cities would also take more than 6 hours. Having an undersea tunnel would reduce this trip to roughly an hour.

The Bohai sea tunnel which will span 125 km underwater will exceed the combined length of the two longest underwater tunnel in the world, Japan’s Seikan tunnel and the Channel Tunnel between UK and France.

The tunnel will also turn out to be a major component in China’s national transport network development and play a critical role as a part of the 5,700 km highway linking Tongjiang in northeast and Sanya in the southern province of Hainan.