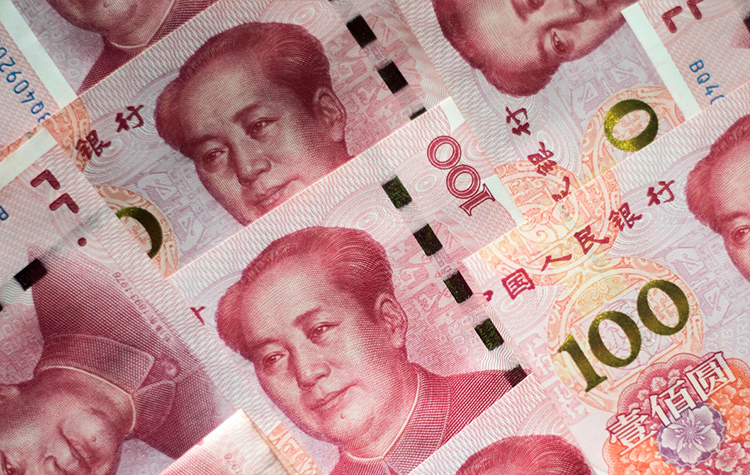 Jul 06, 2018 (China Knowledge) - The British government announced on October 14, 2014 that it had successfully issued RMB 3 billion renminbi (RMB)-denominated government bonds. The move makes the United Kingdom the first western country and the largest foreign issuer to issue RMB-denominated government bonds. British Chancellor of the Exchequer, George. Osborne said that this move has made London, which has become the world's financial center, a "global center for RMB trading and investment."

In 2014, Premier Li Keqiang signed a package of economic, trade and monetary cooperation agreements with the Germany, Russia and Italy governments. Among them, the RMB cooperation agreement mainly include the following content; In the agreement signed by China and Germany on October 10, 2014, Germany welcomes China to designate the Bank of China in Frankfurt to act as Frankfurt RMB clearing bank and to grant Germany RMB qualified foreign investors quotas; On October 13, 2014, the People's Bank of China and the central bank of the Russian Federation signed a bilateral currency swap agreement with a scale of RMB 150 billion/815 billion rubles. China’s agreement with the Italy government on October 15 also involves the expansion of RMB business. In addition, Premier Li Keqiang said during his meeting with Luxembourg Prime Minister Xavier Bettel on October 11, 2014 that China supports Luxembourg's development of the offshore RMB market.

Premier Li Keqiang’s visit to Europe coincided with a “RMB fever” prevailing in Europe. What does this mean?

It says that the market needs RMB. With the continuous strengthening of China's Comprehensive National Power and the continuous improvement of the RMB exchange rate formation mechanism, the market demand for RMB continues to rise, in both the domestic market as well as the international market. In April 2014, RMB has become the seventh largest payment currency in the world, behind the US dollar, the Euro, the British pound, the Japanese Yen, the Canadian dollar and the Australian dollar. It is particularly noteworthy that the size of RMB payments in the United States has increased by 327% over the past year, making the United States the fifth largest RMB payment market in the world after China, Hong Kong, Singapore and the United Kingdom. With the launch of Shanghai-Hong Kong Stock Connect, the continuous expansion of QFII and RQFII, and the realization of free convertibility of RMB accounts in Shanghai Free Trade Zone, the spontaneous demand of the market will enable the RMB to rapidly meet the needs of the international market in terms of trade settlement and investment reserve functions.

This reflects the international community’s confidence in the RMB. Peterson Institute for International Economics, an American think tank, released a report in 2013 said the RMB has increasingly become a dominant reference currency as the U.S and European economies struggle to recover. The currencies of seven economies, including South Korea, Indonesia, Malaysia, Singapore and Thailand are more closely linked to the RMB than the US dollar. Whether a country is strong depends not only on the size and the strength of the economy, but also on the international community’s confidence in the currency. With China enjoying political stability and sustainable economic development and also effective government control over currency quantity, the world has reason to have confidence in the RMB.

Confidence in RMB is fundamental to confidence in the China’s economy. Since the beginning of 2014, the Chinese economy has slowed down and the RMB has continued to depreciate for some time, contributed by the US dollar strengthening caused by the cutting back of the QE policy by the Federal Reserve as well as its economic restructuring and slowing growth rate. In fact, China's economic situation has not " deteriorated". The slowdown in economic growth is an initiative to adjust the structure and improve the quality of economic growth. China's foreign trade is stable, its balance of payments is basically balanced and the basic conditions for the continued depreciation of the RMB do not exist. Therefore, there will be no long-term depreciation trend. As what Qian Feng, the vice-director of Thailand's Chinese-language newspaper Asian Daily believes, China's economy has maintained a stable and healthy development trend, which not only fully ensures employment but also effectively controls inflation. The Chinese government has a very strong ability to control the economy and resist risks. Even though the world economy is full of uncertainties, China's economy will still be like a big ship, braving the wind and cleaving through the waves and moving forward rapidly.