Regardless of the overwhelming objection from home and abroad, the U.S. imposed 10% tariff on Chinese imports of USD 200 billion from September 24, and also threatened further tariff escalation measures. Despite new trade consultation proposals, the U.S. insisted on its continuation to impose tariffs, which brought new uncertainties for bilateral negotiations. Although faced up with severe challenges, we need to see the big picture, and analyze the issue from multiple perspectives, any response should be based on comprehensive strategy and long-term development.

First, from the perspective of history and reality, Sino-U.S. trade deficit is an inevitable result of USD hegemony system and long existing Sino-U.S. industrial division of the labor market. For a long time, to maintain USD hegemony, capital inflows, and reduce financing costs, the U.S. maintains capital account surplus and trade account deficit, exports USD through trade deficit, and recycles USD through capital account surplus, thus forming a closed-loop for USD to flow internationally. The U.S. wants revenue of both USD hegemony and trade balance, which is an unrealistic theoretical and practical paradox.

The current Sino-U.S. trade situation is formed by the market. The analysis of the situation reveals that, it is determined by economic structure, industrial competitiveness and international division of labor between Washington and Beijing. In view of statistical methods, entrepot trade, and trade in services, the virtual Sino-US trade deficit is not that big. According to trade value-added calculation method of the OECD and the WTO, the U.S. trade deficit with China is at least cut by 1/3 than the figure announced by the U.S. From the perspective of entrepot trade, some of the trade between China and the U.S. is re-exported by the third party. The Sino-U.S. trade deficit is both an objective existence and a statistical illusion; it is not only the result of the market, but also in relation to the U.S. government's restrictions on high-tech exports to China. In fact, the U.S. also has trade deficits with more than 100 countries and regions around the world in addition to China, which reflects industrial structure and competitiveness. The U.S. economy is dominated by services, with low savings and high consumption. In the case of loan consumption, Washington must rely on imports to make up for the shortage of domestic production, which inevitably leads to trade deficit.

Second, taking the panoramic view of the global economy and trade, the Sino-U.S. trade war constitutes an important battlefield for the global trade war launched by U.S. itself. U.S. trade bullying will hardly prevail because it is against the will of the whole world. Since the beginning of this year, with "American Priority" philosophy and U.S.' misunderstanding of "loss" in global trade, the Trump administration has launched an unprecedented global trade war of U.S. history. Apart from additional tariffs on such emerging economies as China, India, Russia, Turkey, Mexico and Brazil, long-term U.S. allies such as the European Union, Canada, and Japan have not been spared. The world trade order has been severely damaged and the momentum of the world economic recovery has been adversely affected.

The U.S. trade hegemony and bullying violate the principles of market economy and hardly succeed with an attempt to interrupt global industrial chain and value chain formed by the market. In the context of economic globalization, all participants are more closely associated in the international division of labor and only a global supply chain can maximize the benefits of the company. About 50% of the Chinese products that are subject to tariffs in the U.S. are produced by foreign-invested companies in China. The U.S. tariff measures may provoke a series of retaliatory actions from trading partners which could disrupt global and regional supply chains and exert devastating effects on many multinational companies. In this regard, some famous American transnationals such as Harley-Davidson, Tesla, and Microsoft have recently signified or implemented the relocation of production factories from the U.S. to maintain global industrial chain and value chain, all of which are counterproductive to original intention of the Trump administration. Entrepreneurs show to the White House in their own way: artificially cutting off flows of capital, technology, products, industries, and personnel of the national economies will be impossible and doomed to fail which runs against the historic trend.

The U.S. trade bullying has violated international trade rules and has been widely opposed and boycotted by the world. The EU, Canada, Mexico, Norway, India, China, Russia, and Switzerland have all resorted to the WTO. The opposition of all the countries in the world shows that unilateralism and protectionism are unpopular, and the U.S.’ attempt to change rules of the global multilateral trade organization will not be successful. History will finally prove that the trend of economic globalization and free trade will not be reversed by a few American far-right politicians, and the actions of the U.S. to harm others will end up with a complete failure.

Third, from a strategic point of view, China’s counter-attack against the trade war provoked by the U.S. is “self-defense counterattack”. Chinese has been trying hard for a long time to resolve the Sino-U.S. economic and trade issues. They have negotiated with immense sincerity and put forward reasonable proposals based on the principles of mutual respect and win-win cooperation. However, the aggressive and provocative White House is still bent on its own way and unwilling to give up provocation. The escalation of Sino-U.S. trade disputes is not what China really wants. In several rounds of consultations to resolve bilateral trade frictions, China has also shown considerable sincerity, including consent to increase the purchase of goods and services from the U.S., increase imports, and substantially reduce bilateral trade deficit.

However, the U.S. has repeatedly ignored the consensus that has been agreed on by two sides, and intensified its efforts to pressurize China. Such practices of "trade bullying" and even "trade terrorism" has not only seriously damaged the interests of China and its people, but also gravely violated the rules of world trade, thus exerting a severe impact on the recovery of the world economy. In the face of the battles of unilateralism and multilateralism, protectionism and free trade, China as a responsible and big country, cannot retreat. Only when the tit-for-tat confrontation makes the trade war initiator feel "painful", "stop war with war" can be possible to prevent the U.S. behavior from causing further serious damage to free trade and economic globalization.

As the two largest economies in the world, Sino-U.S. complicated economic and trade ties and serious structural contradictions signify the long-term and complex nature of the trade war, the one which no one can win in a few rounds. Therefore, China still strives for bilateral negotiation to resolve dispute despite being forced to fight. This needs to be properly handled with strategic strength and patience. Fighting trade war and negotiations should go hand in hand, on the principles of justice, victory and confidence and not with fear or confusion. For some American politicians who pursue "a friend is an enemy that cannot be struck" policy, it is often their intention to let the other party come to the negotiating table for talks.

The fight should be conducted with principles of justice to stop the war and promote peace. Negotiating is to avoid fight as much as possible, or minimize its loss and impact. Good fight generates modest negotiation. Keeping in view the escalating trade war, China must respond with a strong counterattack, resolutely defend the interests of the country and the people, as well as protect economic globalization and the multilateral trading system.

Fourth, in the long run, the Sino-U.S. trade war is a hurdle that China must climb over in the new era. This is a painful process, and the country must make all kinds of preparations for a long-term struggle. The root cause of the Sino-U.S. trade war is not just that China has too much trade deficit with the U.S, or that there are too many barriers to enter the Chinese market. More importantly, what U.S. worries is, that the rapid development of China's economy, progress in science and technology will threaten the U.S.' status of undisputed global power. It is to be understood that Sino-U.S. trade war is not only a general trade friction between two countries, but also a battle for national rise and fall, a competition for the overall strategic layout, and a strategic competition between great powers and rising powers. For the Sino-U.S. trade war, China must make long-term, difficult and adequate mental preparation, and strategic response.

China must solve the problem of trade wars as soon as possible and should work towards transforming the country from a big one to a powerful one. However, those who are expecting such a transformation are not holding flowers in their hands and will not appreciate it. The way to the transformation is not easy and is filled with challenges. Hence, in philosophical manner, "to be powerful" is a marathon and a long-term battle. China must be prepared for long-term and arduous struggle. it must adhere to the ideological style and working principles of seeking truth from facts, being modest and prudent, and guarding against arrogance. We must firmly establish the "four consciousnesses" and strengthen the "four self-confidences". Under the guidance of Xi Jinping's thoughts on Socialism with Chinese Characteristics in the New Era, the people of all nationalities should maintain strategic strength, patience and confidence, speed up improving short links, strengthen physical fitness, do well in China's own affairs. People must work towards further deepening reform and opening-up, accelerate structural adjustment, expand domestic demands, and promote the construction of a modernized economic system, as well as continuously increase nation’s strength.

U.S. trade protectionism- a game of "more harm than good" 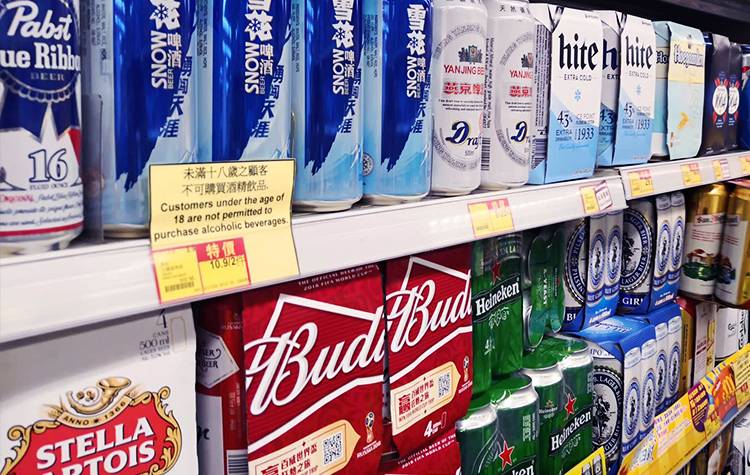 China’s craft beer market on the rise, Budweiser and Carlsberg on acquisition spree